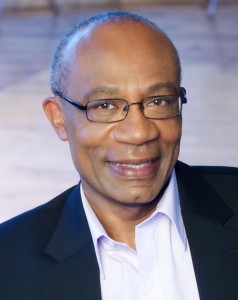 Hamlin Grange is DiversiPro’s Principal Consultant. He is a diversity and inclusion strategist qualified to assess the level of intercultural competence of individuals and organizations. He helps companies to improve their productivity through better navigation of cultural differences.

He is a Qualified Administrator of the Intercultural Development Inventory, (IDI) a powerful developmental tool that helps individuals and teams assess and reflect on their stages of cultural sensitivity.

He is also a Certified Associate of Emergenetics, a psychometric assessment tool that measures the thinking and behavioural preferences of individuals and teams.

Hamlin is frequently called on to give keynote speeches on diversity and inclusion to senior executives and public service leaders. He is a sought-after speaker and presenter and has made presentations in Canada, the Caribbean, the USA and Europe.

Before launching DiversiPro, Hamlin Grange had a stellar career as a journalist in Canada and the United States, was managing editor of a community newspaper and later was hired to be the director of a national youth internship program of a large charitable organization. In addition to work as a diversity and inclusion consultant, he serves on the boards of a number of important cultural organizations and public agencies.

Hamlin is the recipient of the Queen’s Jubilee Medal, the Harry Jerome Award (President’s Award) for community service and career achievement and the Community Builder Award presented by Tropicana Community Service in recognition of his “outstanding leadership and years of service which have contributed to the development of community and opportunities for the people of Ontario and those served by Tropicana Community Services.” Other awards include: