While there are human rights commissions in every province and at the federal level, the authors argue for a more coordinated, horizontal approach such as a national anti-racism commissioner who would be accountable to Parliament.

Though Black History Month — a time to recognize and celebrate historical contributions of the Black community while also reflecting on anti-Black racism — is now behind us, the struggle to deconstruct the systems that have brought us to this point is an ongoing one.

Racism is not only an individual problem; it is a systemic one, and systemic problems require systemic solutions. The government of Canada has routinely established commissions and commissioners to make systemic change such as  the Conflict of Interest and Ethics Commissioner, the Public Sector Integrity Commissioner, and the Commissioner of Official Languages.

These commissioners have played a critical role in making Canada a better country and inclusive society — a well-deserved reputation, in some cases. These institutions mostly report to Parliament and their mandates invariably influence how Canadians interact with each other and the world.

In response to increased anti-Asian hate and overrepresentation of racialized individuals in prisons, last October, the government of New Brunswick appointed Manju Varma as its first independent anti-racism commissioner.

Her mandate includes conducting public consultations and gathering information on the extent and impact of systemic racism in the province. She will present a final report and recommendations in September.

Canada needs a national anti-racism commissioner2022-03-042022-03-04https://diversipro.com/wp-content/uploads/2021/01/logo-1.pngDiversiProhttps://diversipro.com/wp-content/uploads/2022/03/racism.png200px200px
Recent Posts
A little about us
DiversiPro offers fresh thinking and new approaches to diversity and inclusion strategies and management. Organizational leaders from a wide range of sectors consider DiversiPro a “trusted advisor” on issues that matter. 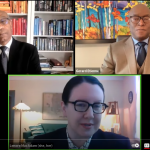 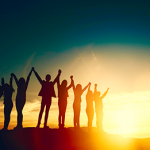