Throughout the month of August DiversiPro invites you to celebrate pivotal moments and inspirational people from throughout the African Diaspora. August 1, Canada’s Emancipation Day, Jamaican Independence Day (August 6), Marcus Garvey Day, Turks and Caicos Emancipation Day and Trinidad and Tobago’s Independence Day are just a few of the opportunities we have to tell stories, celebrate achievements and honor our heroes in the month of August. Join us as, with pen in hand, we revitalize and immortalize inspirational narratives that energize our vibrant future. 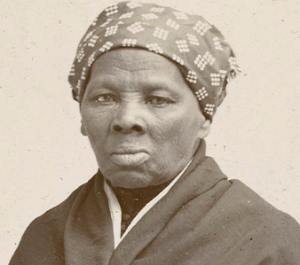 Born into slavery and worked to earn an indelible reputation as the quintessential abolitionist and social activist. Tubman escaped and subsequently made some 13 missions to rescue approximately 70 enslaved people via the network of antislavery activists and safe houses known as the Underground Railroad. During the American Civil War, she served as an armed scout and spy for the Union Army. Later, Tubman worked in the movement for women’s suffrage.

Born in Dorchester County, Maryland, Tubman was beaten and whipped by her various masters as a child. In 1849, Tubman escaped to Philadelphia, and then returned to Maryland to rescue her family. Slowly, one group at a time, she eventually guided dozens of other enslaved people to freedom. Traveling by night and in extreme secrecy, Tubman (or “Moses“, as she was called) “never lost a passenger”. Tubman met John Brown in 1858, and helped him plan and recruit supporters for his 1859 raid on Harpers Ferry.

When the Civil War began, Tubman worked for the Union Army, first as a cook and nurse, and then as an armed scout and spy. She became an icon of courage and freedom. Distinguished abolitionist Frederick Douglass and Tubman admired each other as comrades in the struggle against slavery. In 1868, Douglass wrote a letter comparing his own efforts with hers:

“The difference between us is very marked. Most that I have done and suffered in the service of our cause has been in public, and I have received much encouragement at every step of the way. You, on the other hand, have labored in a private way. I have wrought in the day – you in the night. The midnight sky and the silent stars have been the witnesses of your devotion to freedom and of your heroism. Excepting John Brown – of sacred memory – I know of no one who has willingly encountered more perils and hardships to serve our enslaved people than you have.”

A Canadian businesswoman who managed a beauty salon and beauty college in Halifax, Nova Scotia. In November 1946, Viola went to see a movie at the Roseland Theatre. But she chose to sit on the ground floor which was reserved for whites only, instead of sitting in the balcony, which was designated for Blacks. She refused to leave the section, was dragged out of the theatre, and arrested.  She had originally offered to pay the higher price for the floor ticket, but Viola was found guilty of “tax evasion” because of a penny difference in tax on the floor ticket. Viola was sentenced to 30 days in jail and fined $25 for her refusal to obey the discriminatory rules of her day. She appealed the case, and became a catalyst for the civil rights movement in Nova Scoti, but the Supreme Court of Canada upheld the conviction.  Eventually, Viola moved to New York and passed away at age 50. But in 2010, the Province of Nova Scotia issued an official apology and pardon to Viola, which was received by her 83-year-old sister Wanda Desmond. Four years ago, in 2016, Viola became the first woman to be featured on a Canadian banknote.

As a high school student in Alberta, Violet King aspired to be a lawyer. She had never met another female lawyer – and certainly not another Black female lawyer. But she enrolled in the University of Alberta’s law program in 1948, anyway. When Violet graduated in 1953, she became the first Black person in Alberta to graduate law school and pass the bar. In that moment, she made history as Canada’s first Black female lawyer. She practiced in Calgary and became a passionate advocate for racial equality, the underprivileged, immigrants and women’s workplace rights. Violet also went to Ottawa work for Citizenship and Immigration. She then moved to the U.S. where she worked for the YMCA as a senior executive—the first woman appointed to a senior executive position in the organization. She is featured in the 2017 documentary, Secret Alberta: The Former Life of Amber Valley by filmmaker Cheryl Foggo.

Jean Augustine is a trailblazing political leader, social activist and educator who has achieved many incredible “firsts” in Canada. Born in St. George’s, Grenada, Jean Augustine was raised by her grandmother and came to Canada in the 1960’s where she pursued her career as a teacher and advocate for women’s and minority rights.  In 1993, she entered politics and made history as the first Black Canadian woman to be elected to the House of Commons. Two years later, she proposed a motion to recognize February as Black History Month which passed unanimously. Since then, Jean has continued to open doors for Black Canadians and other visible minorities by serving as Minister of State for Multiculturalism and the Status of Women, member of the Queen’s Privy Council of Canada, and member of the Citizenship and Immigration Committee.

Civil Servant, labour unionist, railway porter, soldier, politician, citizenship judge and activist for the rights of Black Canadians. Born to Theodore and Mary Grizzle who immigrated from Jamaica in 1911, Stanley began his struggle for the rights of Black Canadians by helping to create the Young Men’s Negro Association of Toronto in 1938. In 1940, he began working as a sleeping car porter with the Canadian Pacific Railway. He resisted the demeaning microaggression from Whites who called porters George (after the inventor of the pullman sleeping car) instead of their real names. After negotiations with CPR through the Brotherhood of Sleeping Car Porters (BSCP), all porters got plastic name cards to encourage passengers to use the porter’s real names. Stanley’s many other achievements are treasured chapters of Canadian Black history.  Appointed by Prime Minister Pierre Trudeau, Stanley Grizzle was the First Black Canadian Citizenship Judge. In 1998, Stanley Grizzle published his autobiography My Name’s Not George: The Story of the Brotherhood of Sleeping Car Porters in Canada, Personal Reminiscences of Stanley G. Grizzle. His personal papers, speeches, and photographs were donated to Library and Archives Canada.

A  Black Canadian community leader who worked for many years as a railroad porter. Gairey moved to Toronto from Cuba in 1914 and worked for the Grand Trunk Railway as a dishwasher, cook and waiter until the early 1930s. In 1936, Gairey went to work for Canadian Pacific as a porter. The poor working conditions and lack of job security led Gairey, along with other porters including Stanley G. Grizzle, to form a local chapter of the Brotherhood of Sleeping Car Porters labour union in the 1940s. Gairey was promoted to the position of porter instructor.

In November 1945 Gairey’s 15-year-old son, Harry Gairey Jr., was refused entry to the Icelandia Indoor Skating Rink in Toronto because of his race. The incident and protests by University of Toronto students received significant news coverage. And through Gairey’s efforts at city council Toronto’s first anti-discrimination ordinance was created in 1947. Gairey argued that since all Canadian young men were subject to military conscription, regardless of race, the rights of all citizens should be the same.

Gairey’s civil rights activism made him a leader in Toronto’s Black community and effected change at a national level. Inspired by the work of Marcus Garvey, he was a founding member of the Universal Negro Improvement Association’s Toronto chapter.

Harry Gairey received the Jamaican Order of Distinction in 1977 in recognition of his long service to the Caribbean communities of Toronto. He received the Order of Canada in 1986 and the Order of Ontario in 1987— its inaugural year. The outdoor skating rink in Alexandra Park, at Bathurst and Dupont in Toronto, was named in his honour in 1996. Gairey’s memoir, A Black Man’s Toronto,
1914-1980 was published in by the Multicultural History Society in 1981. Gairey’s son, Harry Gairey Jr. went on to distinguish himself in his own right as, among other things, an affable, celebrated Toronto basketball coach with a talent for defusing tense situations.

Black Trade Unionist, community organizer and activist. Leading figure in the evolution of Ontario’s anti-discrimination laws.  While accepting an Honorary doctor of laws degree from York University for life-long commitment to the battle against racism, Bromley Armstrong said” I see before me a gathering of wonderfully engaged and dynamic people all poised for action. It is a pleasure to welcome this new generation of thinkers…a community of activists. If you accept the role and become an agent of change…the rewards will be beyond measure.”