In the late nineties, I was a journalist with CBC TV in Toronto, doing a documentary series on new immigrants to Canada.

The TV cameras followed one man and his wife on their journey from Shanghai to Canada, and in his early weeks of settlement in Toronto. They had worked as electrical engineers in power plants in China. Now, like most new immigrants, they were starting over.

I knew him by his real name, which was, of course, Chinese. His accented English was quite good because he studied English in China. We talked frequently during those weeks, exchanging phone calls to catch up on his efforts to find a job.

Then one day I got a message written on a sheet of paper that “Andrew” had called. I didn’t recognize the name. Once I called back, I recognized his voice right away. He was the same person I’d been talking to all those weeks, except his new name was Andrew.  I asked him why he had changed his name. He said that acquaintances in Toronto’s Chinese community had advised him to change his Chinese name to a “Canadian name” if he wanted to get a job. That’s what Chinese immigrants have to do, he was told. Once he change his name, his phone began to ring.

I recalled that story today as I read a Toronto Star story about a new study by University of Toronto researchers. According to the study, 40% of non-white job seekers are “whitening” their resumes in order to get called for job interviews. Names such as the Chinese “Lei” become “Luke”.

That’s not the only change applicants are making to their resumes in their effort to ‘whiten’ their profiles.

I can relate to this. When I was recruited by the CBC in the late 80’s, a manager on the hiring panel asked me if I could be “objective” covering the black community in Ottawa because he noticed I had indicated on my resume that I had volunteered with a few black community organizations. I told him I could be objective and that because of my involvement in the community I had unique access  to the black community other reporters did not have. I also pointed out that my resume also included my volunteer work with the YMCA and that I am certain I would be able to objectively cover stories about the Y. I got the job.

Sonia Kang, the lead author of “Whitened Resumes, Race and Self-Representation in the Labour Market” says the findings show that job applicants from racial minority groups are fighting back against discrimination.

In our practice here at DiversiPro, we have heard these stories over and over.  They are not new. We have been told of immigrants changing their names, their accents and their experience to be more acceptable to other Canadians.

We’ve also heard from immigrants from former British or French colonies in the Caribbean and elsewhere whose European names have disguised their race or ethnicities until they turn up for a job interview – only to find the welcome mat withdrawn.

It’s discouraging to hear the results of the research. But the encouraging news is that new immigrants and people from racial minority backgrounds are finding ways to adapt and work around a system that is not often based on merit but how well a hiring manager believes a job candidate will “fit” into the organization.

I have no doubt that such short-sightedness has deprived companies of competent, hardworking individuals who could have contributed to the bottom line. 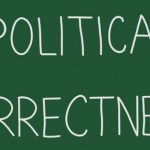