On August 15, 2022 the Royal Canadian Mint unveiled a one-dollar circulation coin honouring Oscar Peterson (1935-2007). Peterson is the first Black Canadian and the first musician to be featured on a circulation coin. Born in Montreal in 1925, Peterson is widely regarded as one of the foremost jazz pianists of his generation, winning numerous Juno and Grammy Awards over his 60-year career. He was inducted into the Canadian Music Hall of Fame before dying of kidney failure in 2007 at the age of 82. The illustration features the final notes of his 1962 composition “Hymn to Freedom,” an anthem of the civil rights movement. His story is notably told by Jack Batten in Oscar Peterson: The Man and His Jazz and by Alex Barris in Oscar Peterson: A Musical Biography.

Honoring our Heroes- Musician Oscar Peterson2022-08-152022-08-15https://diversipro.com/wp-content/uploads/2021/01/logo-1.pngDiversiProhttps://diversipro.com/wp-content/uploads/2022/08/oscar-peterson.png200px200px
Recent Posts
A little about us
DiversiPro offers fresh thinking and new approaches to diversity and inclusion strategies and management. Organizational leaders from a wide range of sectors consider DiversiPro a “trusted advisor” on issues that matter. 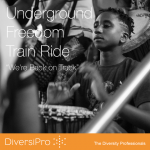