Celebrating the 60th Anniversary of Independence: Republic of Trinidad and Tobago: August 31st

“To educate is to emancipate.”

In the afterglow of the International Day for the Remembrance of the Slave Trade and its Abolition, celebrated annually on August 23 to memorialize the transatlantic slave trade, DiversiPro invites you to reflect on the 60th anniversary of the Independence of the Republic of Trinidad and Tobago (August 31) and the scholarship of Dr. Eric Williams who articulated the economic underpinnings of oppression in his book Capitalism and Slavery.

Williams’ academic work at Oxford University and Howard University, his leadership of Trinidad and Tobago and his vision for the economic viability of the Caribbean region are a testament to the indispensability of education as a foundational component of the struggle for freedom and social justice. Williams’ leadership laid the foundation for the emergence of such internationally significant Trinidadian cultural luminaries as Lord Kitchener, The Mighty Sparrow, Calypso Rose and David Rudder.

Trinidad & Tobago Independence Day2022-08-172022-08-29https://diversipro.com/wp-content/uploads/2021/01/logo-1.pngDiversiProhttps://diversipro.com/wp-content/uploads/2021/01/logo-1.png200px200px
Recent Posts
A little about us
DiversiPro offers fresh thinking and new approaches to diversity and inclusion strategies and management. Organizational leaders from a wide range of sectors consider DiversiPro a “trusted advisor” on issues that matter. 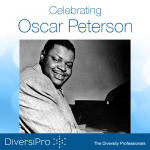 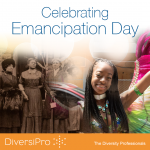