According to the Government of Canada website this is a day for all Canadians to recognize and celebrate the unique heritage, diverse cultures and outstanding contributions of First Nations, Inuit and Métis peoples.

But what does that mean for non-Indigenous Canadians? Unless you’ve been living under a rock, you know that Indigenous Peoples in Canada have experienced centuries of oppression, forced assimilation, cultural genocide. As a result, Indigenous People are still disproportionately represented in so many of Canada’s social ills. And still too many First Nations Reserves do not have safe, clean, and reliable drinking water. So how can we just go from understanding that, to ‘celebrating’ their culture? There’s a missing step.

The government has called that Reconciliation. As Canadians, we don’t get a lot of say in what our government does, but I have to say it seems preposterous to suggest that Canada and Indigenous People should just reconcile, when Canada hasn’t done anything to make things better. We’ve seen small changes and improvements, but the problem with incremental change without a paradigm shift, is that it can very much go in a one step forward, two steps back pattern.

What can we do then? We can and should be telling our representatives that we expect them to do better. We can also learn. We can see that despite the ugly history, they’re still here. They’ve resisted. Their cultures and traditions have survived. That is worth celebrating. and personally, we can learn more about the Indigenous Peoples who were the original inhabitants of this land. Start with where you live. Learn the original place name, the original people, learn what watershed you’re on, learn about their culture and their history. (Public libraries, the internet, or even a Native Friendship Centre if there’s one nearby, are very helpful!) Attend any public events you can, whether it’s a Pow Wow or Treaty Days or something else. If it’s open, go and learn. Go with an open heart. If it speaks to you, buy their art, their beadwork or leather work. Listen to their stories.

Know that Canada is what it is because of the people who lived here first and were generous of spirit to help people as they settled. The Indigenous people here deserve a lot better than what they’ve been getting, and it is in your power to make a difference. I hope you will join me and make that effort.

Kristin Jones is a friend of DiversiPro and PhD candidate at Trent University in Canadian Studies, hoping to take the work of the Royal Commission into Aboriginal Peoples from 1996 off the shelf.

Canadians recognize and celebrate the diverse heritage, cultures and contributions of First Nations, Inuit and Métis peoples on June 21. National Indigenous Peoples Day, formerly called National Aboriginal Day, was announced in 1996 through a proclamation by then Governor General Roméo LeBlanc, and is celebrated each year on the summer solstice as many indigenous peoples and communities have historically celebrated their culture and heritage around the longest day of the year.

National Indigenous Peoples Day2022-06-212022-06-22https://diversipro.com/wp-content/uploads/2021/01/logo-1.pngDiversiProhttps://diversipro.com/wp-content/uploads/2022/06/indigenous.png200px200px
Recent Posts
A little about us
DiversiPro offers fresh thinking and new approaches to diversity and inclusion strategies and management. Organizational leaders from a wide range of sectors consider DiversiPro a “trusted advisor” on issues that matter. 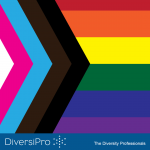